Lee Mack to Join Griff Rhys Jones in the Miser 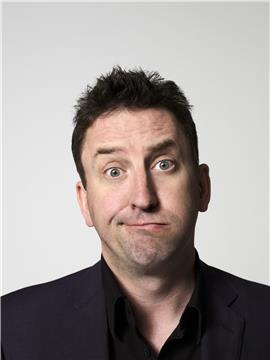 Producer Mark Goucher today announced that BAFTA winning comedian Lee Mack will make his West End debut in a major revival of MoliÃ¨reâs classic comedy The Miser in early 2017. Mack joins Griff Rhys Jones who is returning to the London stage after five years to lead the ensemble cast. The play, newly adapted by Sean Foley and Phil Porter, will be presented at Bath Theatre Royal and Richmond Theatre, prior to opening at the Garrick Theatre in Londonâs West End on Wednesday 1st March 2017, with an opening night on Monday 13th March 2017.

Best known for television and stand-up work, Mack is widely recognised as one of the countryâs favourite comedians and has won multiple awards. He is the writer and star of hit BBC One comedy, Not Going Out, which has run for seven series and holds the accolade of being the BBCâs longest running sitcom. He is a team captain on popular BBC panel show Would I Lie to You, the host ofDuck Quacks Donât Echo on Sky One and a regular guest on panel shows, including Have I Got News for You, Nevermind the Buzzcocks and 8 out of 10 Cats Does Countdown. Lee has also toured the country with multiple sell-out stand up shows.

Griff Rhys Jones is a two-time Olivier award-winning actor, writer, presenter and comedian. On stage, he has appeared as Fagin in Cameron Mackintoshâs Oliver! (West End), the title role in Charleyâs Aunt (West End) and in Feydeauâs An Absolute Turkey (The Globe). In a long-lasting comedy partnership with Mel Smith, his television credits include Not the Nine O'Clock News (BBC), Alas Smith and Jones (BBC), The World According to Smith and Jones (ITV), Smith and Jones in Small Doses (BBC) and Smith and Jones (BBC).

Mark Goucher has previously collaborated with Sean Foley on the hugely successful production of Jeeves and Wooster in Perfect Nonsense which played in the West End and on tour and is currently under option for a Broadway season.

The Miser will be produced with long term producing partner Mark Rubinstein Ltd.