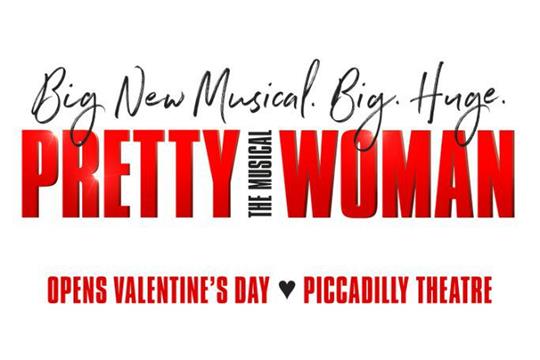 Pretty woman is all set to warm the hearts of the audience this Valentine’s Day, 14 February 2020 at Piccadilly Theatre.

The musical comedy is based on 1990 Block Buster of the same name starring Julia Roberts and Richard Gere. Directed by Garry Marshall and written by J.F Lawton the romantic comedy is about two main characters Vivian Ward and Edward Lewis.  Ditched by his girlfriend, Edward Lewis encounters Vivan Ward while roaming in Hollywood’s red light area and hired her to accompany him in number of social gatherings during his stay in the city. They develop a unique chemistry and open up to each other unconsciously.

The musical adaptation of the classic film premiered on Broadway in year 2018 at the Nederlander Theatre in New York, starring Andy Karl as Edward Lewis and Samantha Barks as Vivan Ward. Jerry Mitchell (Kinky Boots) is the director and choreographer of the show, music is given by Grammy Award winner Canadian singer-songwriter Bryan Adams in collaboration with Jim Vallance.

The arrangements and orchestrations of the musical are by Will Van Dyke, Gregg Barnes is the costume designer, and sound design is by John Shivers. David Rockwell has designed the scenes of the show and lightening design is by Kenneth Posner.