Britain’s very own magical musical which is a Guinness World Record holder for most Olivier award wins is truly a legendary phenomenon that creates history with its unprecedented and unfathomable success.

The musical has been adopted from the best selling children’s novel Matilda written by the famous children novelist- Roald Dahl. The musical also follows the book by Dennis Kelly and features Tim Minchin’s music and lyrics. Produced under the banner of Royal Shakespeare Company, Matthew Warchus has directed this musical. The production is designed by Rob Howell with choreography by Peter Darling, lighting by Hugh Vanstone, musical supervision and orchestration by Christopher Nightingale, sound by Simon Baker and special effects and illusions are by Paul Kieve.

Winner of seven straight Laurence Olivier Awards including the awards for Best Director, Best Actor in a musical, Best Actress in a musical and Best New Musical, Matilda the musical is London’s finest and favourite theatrical show that has crowned the West End theatrical hub with fame and glory.

The musical features the story of a young, superborn, smart and intelligent girl Matilda Wormwood, who is dejected and neglected by her parents but she uses her inborn magical powers to teach everyone a lesson.

"It's an evening of unadulterated bliss.” Lyn Gardner for The Guardian  "A beasty baddie and stonking songs" Quentin Letts for The Daily Mail

Important Note: AGE RECOMMENDATION - Matilda The Musical is recommended for a general audience. As an advisory to adults who might bring young people, the show is suitable for ages 6 and up. All persons entering the theatre, regardless of age, must have a ticket. Babes-in-arms are not admitted to the auditorium. All children must be old enough to occupy their own seats. All persons aged 16 or under must be accompanied by an adult and may not sit on their own within the auditorium.

All the cast was excellent as was the show
Mr Anthony Wheelin
Sun, 15 March 2020

The show was outstanding but the theatre seats are not pitched very well so itÃ¢â¬â ¢s difficult for anyone to see a clear view compared to other theatres. Still an outstanding...

Hugely entertaining and all the actors were magnificent.
Mr Michael Gould
Thu, 5 March 2020 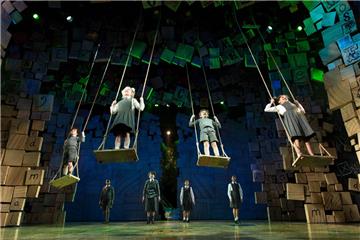 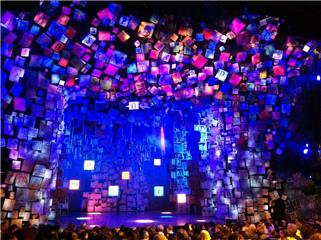 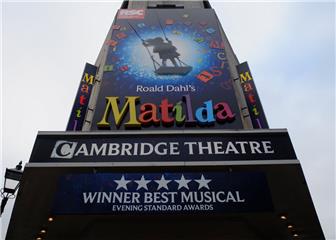 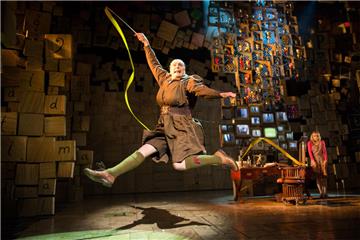 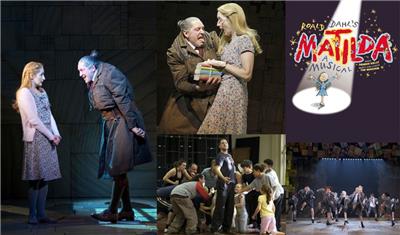 Access description: No steps to the foyer through 2 sets of double swing doors. Box Office counter on right. Staircases between levels have 2 handrails. 4 steps down from the main foyer to the Stalls, 31 up to the back of the Royal Circle (2 steps between rows). 64 steps up to the Upper Circle. Theatre open 45min

Guide Dogs: Guide dogs are allowed inside the auditorium, and staff are happy to dog-sit for 3 dogs per performance in the manager’s office.

Disabled Access: Level access to Stalls. 2 spaces for wheelchair users down a slight slope at N1 and N34, with companions to sit ion N30 or N2. Transfer seats for up to 4 wheelchair users and 2 scooter users. The wheelchairs and scooters can be stored and will be retrieved by an usher.

Toilets: Women’s and men’s at the back of the Stalls. At the Royal Circle, the men’s is level from the bar and the women’s is up 3 steps. 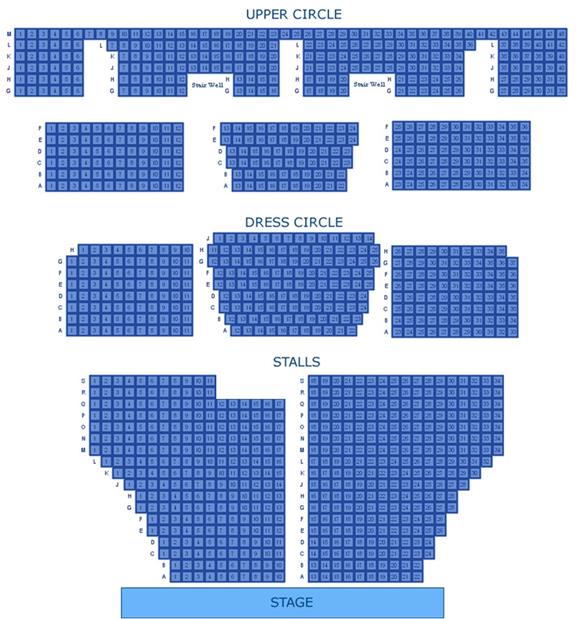